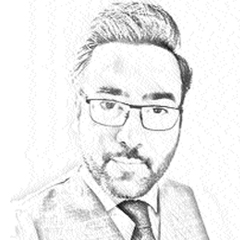 The future of Pakistan with IMF and CPEC

The International Monetary Fund (IMF) has approved a $1 billion tranche after completing its 6th review. For the approval of this latest assessment, it took several months and as many harsh and unpopular measures on the part of the government to satisfy the conditions of the IMF. Now, this has paved the way for obtaining more foreign exchange through the issuance of bonds and some grants from other international financial institutions. With this positive news and the influx of dollars, the rupee gained its value in the open market. The IMF further believes that market-driven exchange rates and sound macroeconomic policies will resolve long-term external account problems. The Governor State Bank (SBP) said that Pakistan is now on such a path of growth, which is in line with economic principles and is sustainable, but said inflation was a global challenge. He further added that the tax to GDP ratio needs to be increased and for this reason several measures are being taken. The government has approved the Federal Board of Revenue (FBR) system upgrade of Rs. FBR where EC is to remit 100% home funds against Rs. 1 per USD benefit. Meanwhile, Prime Minister Imran Khan traveled to China for the inaugural session of the Winter Olympics, where the Russian president was also present with a scheduled meeting. Such a move by Pakistan has given a clear stance to our foreign policy where the western world has diplomatically boycotted the Winter Olympics being held in China. The premier also assured China of his government’s affirmation to speed up projects under the China-Pakistan Economic Corridor (CPEC) and attempted to renegotiate tariffs related to CPEC energy projects as well as trade agreements. which were not well articulated before.

Hafeez Sheikh, then Minister of Finance, was initially not in favor of an increase in electricity tariffs.

This is not the first time that Pakistan has surrendered to the IMF. Initially, Pakistan, through a stand-by arrangement, first knocked on the door of the IMF on September 22, 1959. However, the first loan was made on March 16, 1966, with $38 million. The longest period that Pakistan stayed away from the IMF was after 9/11 during the Musharaf era, probably due to its participation in the war on terror as a frontline state, l he influx of US dollars and greater foreign direct investment in the telecommunications sector have stabilized the exterior. account of Pakistan for about seven years.

However, due to a restrictive exchange rate, the largest ever borrowing agreement with the IMF was concluded on September 30, 2011, with an agreed amount of 7.2 billion USD with a drawn amount of 4.9 billion USD followed by an expanded funding facility of USD 6. Billion agreed in July 2019 in installments with difficult terms of time-limited assessments and to release the amount of the facility in installments after completing these assessments religiously. Due to the COVID-19 outbreak, the release of tranches has been stopped. But the IMF released $1.4 billion in April 2020 to support Pakistan, which received support loans to virus-hit economies. Hafeez Sheikh, then finance minister, completed the third, fourth and fifth tranches and was replaced by Shoukat Tarin, who was initially not in favor of higher electricity tariffs and other tough measures. However, due to growing concerns over the external accounts, Pakistan re-entered the IMF program and took very tough action by adopting the mini-budget to withdraw tax exemptions of Rs 378 billion and approving the bill. on the autonomy of the SBP. Now the tranche is released and Pakistan is looking forward to a big gain in the value of the PKR in the near term unless, within the given timeframe, it can rationalize a real effective exchange rate by controlling overinflation and reducing the deficit commercial. In this regard, the good news comes from the textile industry where the sector can capture regional export orders.

The textile industry recorded a 26% increase in exports in the first half of fiscal 2022 (1HFY22), i.e. exports reached $9.4 billion. However, it should be mentioned here that Bangladesh’s textile exports for the same period increased by 28 percent. This shows that the orders are coming from the West where the regional competitors are also well aware and deeply rooted in a relational strategy to deploy not only from person to person but through diplomatic channels, a need of the times. Today, after the autonomy of the SBP, the fears are there for the textile industry, where the sector is largely dependent on short and long-term subsidized financing from the SBP. Regardless of the outcome of subsidized borrowing, another energy cost challenge also exists when the cost of inputs increases in the form of fuel or tariff is rationalized taking into account the cost of inputs and increasing circular debt which is increasing at a rate of Rs 38 billion per month. The current level of circular debt is raised to Rs 2.476 trillion. According to the new Rs 3.09 per unit, the increase is approved by NEPRA for DISCOs for fuel adjustment for December 2021, which will further increase the charge. Please note that due to poorly planned deals with IPPs, the government’s appreciation in USD results in a heavier burden on the government to pay against capacity payments, although the current government has managed to reduce this burden in some extent, but the damage has been done.

The Prime Minister’s visit to China will give new strength to Pakistani relations where Pakistan stood by China’s side when the Western world diplomatically boycotted the Winter Olympics. This is Premier IK’s fourth visit to China during his three-year tenure. Pakistan has not only shown concern over the CPEC-based IPP arrangements where outstanding debts reach Rs 250 billion, but also requested support in the form of soft loan to stabilize its external account . It is important to highlight here that China has already provided $11 billion in the form of commercial loans and foreign exchange reserve support initiatives, including $4 billion in SAFE deposits. 21 different sectors identified with Chinese businessmen related to special economic zones under CPEC, IT, agriculture as well as the relocation of Chinese industries to Pakistan. We expect a good outcome of Prime Minister IK’s visit to China where the Russian president was also there in favor of the external accounts otherwise another IMF program will be expected.

The author is a corporate finance specialist and a Chartered Banker (UK). He tweets @syedaliimran75.