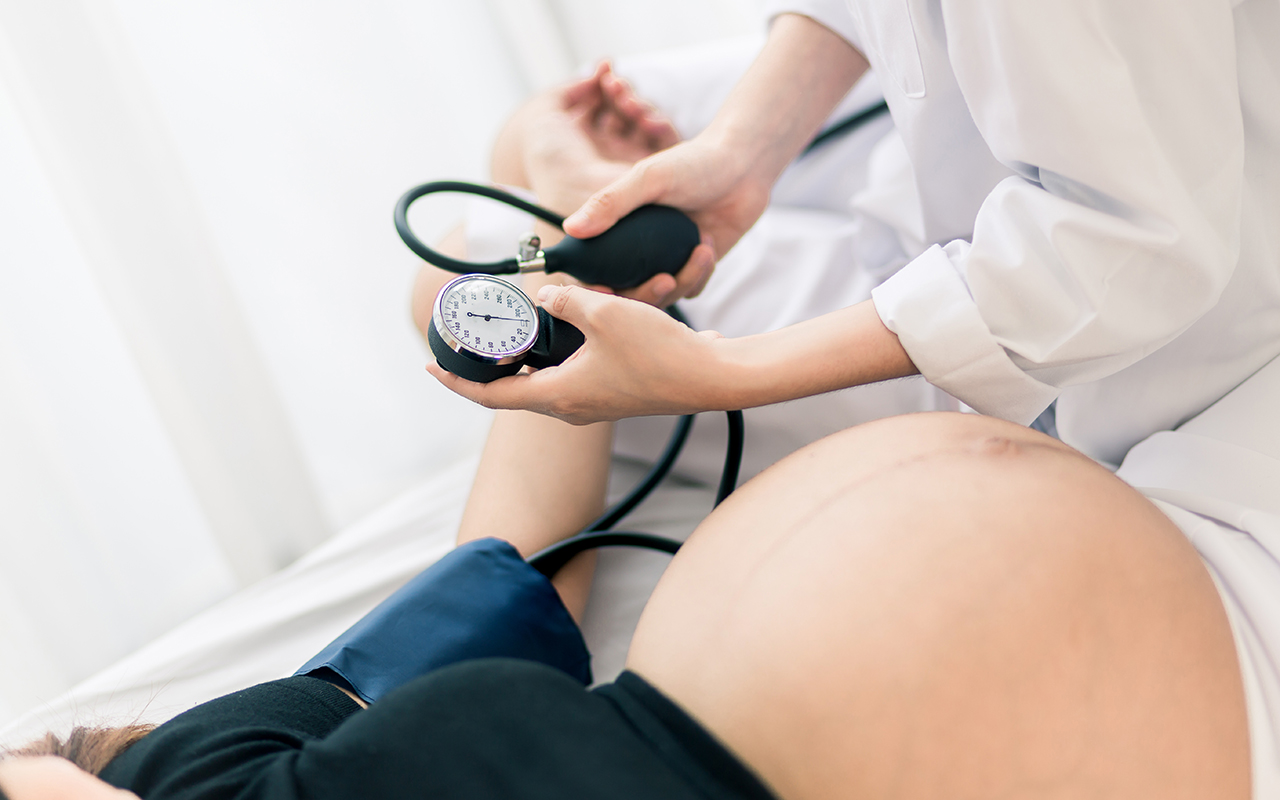 PREECLAMPSIA has long been the most common serious medical condition of pregnancy, affecting 3-5% of pregnancies in Australia.

Although there is no current treatment to reverse or stop established preeclampsia, experts are optimistic. There have been several research findings in recent years that will improve prevention, treatment, and long-term health for mothers and babies.

Dr Fiona Brownfoot, a clinician scientist at the University of Melbourne and a specialist obstetrician, said that to understand risk factors it was important to know how preeclampsia occurs.

“We now know that preeclampsia occurs because the placenta releases factors into the mother’s bloodstream that poison the bloodstream. This leads to the involvement of all the different maternal organs, such as high blood pressure, kidney damage, liver damage, and then it can lead to eclampsia (high blood pressure leading to seizures) and small babies,” a- she explained.

According to Professor Shaun Brennecke, Director of Maternal-Fetal Medicine at the Royal Women’s Hospital, Melbourne, the current method of screening for preeclampsia is based on assessing a woman early in her pregnancy to determine if she has any risk factors.

“Risk factors could be a first pregnancy… also women who have pre-existing health conditions such as high blood pressure or kidney disease. Early in their pregnancy, they are at an increased risk of later developing preeclampsia, as are women who have a high body mass index and women with multiples or twins,” he explained.

However, steps are underway to introduce a new screening practice during routine ultrasound at 11-13 weeks.

“By examining the blood flow patterns in the uterine arteries as they supply blood to the placenta at this early stage, you can gain insight into the woman’s likelihood of developing preeclampsia (later in pregnancy),” explained Professor Brennecke.

This measurement is combined with a blood test measuring pregnancy-associated plasma protein A (PAPP-A) and placental growth factor (PlGF), a woman’s blood pressure and medical history. A computer algorithm developed by the Fetal Medicine Foundation in London offers a risk score for the likelihood of a woman developing preeclampsia later in pregnancy.

Currently this screening is only available in a few centers in Australia, but hopefully that will change soon.

“There is a request to the Medical Services Advisory Committee (MSAC) of the Federal Department of Health to provide Medicare funding for this test,” Professor Brennecke said.

For women at high risk, according to Amanda Henry, associate professor of obstetrics and gynecology at UNSW Sydney, there are promising developments to help them reduce their risk of developing the disease.

“Exercise during pregnancy (moderate intensity of 140 minutes or more each week) decreases the risk of preeclampsia by about 40%,” she advised.

There is good evidence that low dose aspirin can help reduce the risk.

“Low dose aspirin, which is 150mg of aspirin taken at night from the start of pregnancy, (in the last weeks of the first trimester)…or prompted by this ultrasound evaluation, you can start any time before 16 weeks of pregnancy,” Professor Brennecke said.

“There is very good evidence that will reduce the risk of preeclampsia, especially the types of premature or early preeclampsia, which often cause the most morbidity and mortality for mother and baby.”

“Women who do not have a high calcium diet (high calcium being over 900mg/day, knowing that skimmed milk is around 250mg per glass, yoghurt 200mg per small pot) should also take calcium supplements to reduce their risk. It is estimated that this will lead to a 50% reduction,” she said.

Awareness of signs and symptoms

Professor Brennecke says it’s important for women to be aware of the risk factors and signs and symptoms of preeclampsia.

“There is an organization in Australia called Australian Action on Preeclampsia,” he said.

“[They] recently conducted a survey of women asking them about their experiences with preeclampsia. And the resounding message that came out was that women didn’t know about preeclampsia, or the possibility of preeclampsia, until it happened during their pregnancy.

“Often they feel very guilty for not showing up sooner or not paying attention to some of the symptoms that bothered them.”

When evaluating pregnancy early, it is important for GPs to explain the symptoms of preeclampsia (swelling of the hands, feet and face, dizziness, headaches and vision problems in severe cases) so that women know what to watch out for.

When a woman has high blood pressure, there are now also predictive blood tests to detect the imbalance of angiogenic and anti-angiogenic markers in a woman’s bloodstream (ratio of soluble fms-like tyrosine kinase 1 to PlGF).

“These can, in a woman with high blood pressure but no other signs of preeclampsia, both help rule out impending preeclampsia and also help identify some women at high risk for an adverse outcome of preeclampsia within a week. next,” said Associate Professor Henry.

“This test should usually be done in hospital or as part of a day assessment rather than in the GP’s office.”

This test is also currently the subject of an MSAC submission to be added to Medicare.

Although there is no current treatment for preeclampsia, some promising research has been done. A recent South African study, published in the BMJinvestigated whether slow-release metformin could prolong pregnancy compared to placebo.

“It has also been suggested that it also improves neonatal outcomes. But we now need a much larger study to see whether or not these results will hold.

Unfortunately, the effects of preeclampsia don’t always go away once the pregnancy is over.

It’s not just mothers at risk.

“There are also associations with increased cardiovascular and metabolic disease in children after preeclampsia, with higher blood pressure and weight seen from late childhood,” she said.

For GPs, it is important to assess a patient’s cardiovascular risk factors in the first year postpartum, encourage risk-reducing lifestyle behavior change, and treat any hypertension chronic.

With May being Preeclampsia Awareness Month, it is important that pregnant women are aware of the condition and have access to preventive treatments that show promise to improve outcomes for mothers and babies.

Subscribe for free Preview+ weekly newsletter here. It is accessible to all readers, not just licensed physicians.