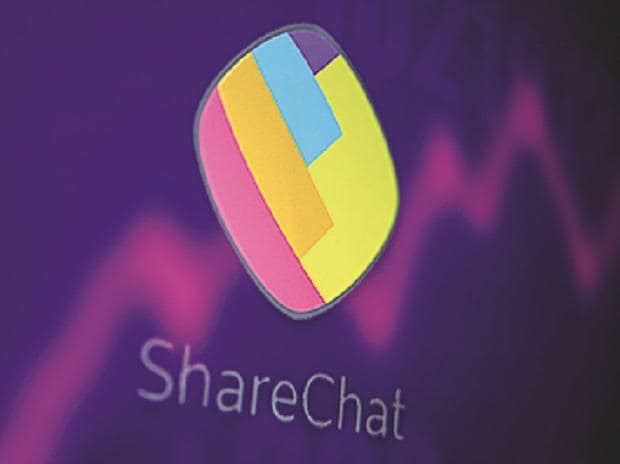 According to people familiar with the matter. The financing increased the company’s valuation to $5 billion from its previous valuation of $3.7 billion.


According to the sources, the funding is expected to help Mohalla Tech build deep capabilities in areas such as social and live commerce, growing its artificial intelligence and machine learning (AI/ML) team, which now has more of 100 people and spread across the United States, Europe and India. Mohalla Tech today has one of the largest AI/ML teams in India working on creating a state-of-the-art recommendation engine. It should further strengthen the company’s position and help it deliver immersive social experiences to our community.

Last December, Mohalla Tech, the parent company behind short-form video platform Moj and regional social network ShareChat, raised $266 million in its Series G. From a valuation of $3.7 billion dollars, the investment was led by Alkeon Capital with participation from new and existing investors including Temasek, Moore Strategic Ventures (MSV), Harbourvest and India Quotient. This is the startup’s third round of funding in 2021. As of July this year, the company’s valuation was $2.9 billion after raising $145 million in its Series F extension.

As of January 2021, the company has over 2000 employees and has added several new features as it focuses on building its products to become the leader in the Indian short video and social media space. With social and live commerce initiatives, the company expects to reach a goal of $100 million in annualized revenue for creators by the end of 2023.

Founded in 2015, Mohalla Tech had raised more than $1.177 billion in eight rounds, including $913 million last year. This has helped Moj and ShareChat continue their growth journey, differentiate themselves and deliver immersive social media experiences. Moj had said it was the number one short video app in India with the highest monthly active user base, with an average usage time of 34 minutes per day, totaling over 4.5 billion views per day.

ShareChat, the Indian-language social media platform, had said it was uniquely positioned with an average usage time of 31 minutes per day. Moj and ShareChat, with a community of 340 million users, plan to create a cohesive AI-powered content ecosystem to meet India’s growing digital needs.

Experts said the opportunity is huge as India is one of the most dynamic and fastest growing internet markets in the world – with around 600 million (mostly mobile) internet users.

This is Google’s second key investment in the short video space in India. He had already supported

VerSe Innovation, the largest local language technology platform in India. In April this year, VerSe raised and signed definitive documents for $805 million in recent funding rounds from renowned global investors, which will bring the company’s valuation to $5 billion. The $805 million investment closely followed a fundraising of more than $650 million from investors including Siguler Guff, Google, Microsoft and Qatar Investment Authority, bringing the total capital raised over the past year to $1.5 billion. VerSe Innovations is the parent company of the Josh short-video platform and the DailyHunt digital media platform.

The company said Josh had over 150 million MAUs (monthly active users), the industry’s best DAU to MAU ratio of 49%, and the highest retention. Dailyhunt serves over 350 million users every month, delivering content artifacts in 15 languages ​​every day. PublicVibe serves over 5 million MAUs and 1 million daily active users (DAUs) and has over 6 million downloads on Play Store.

Mohalla Tech’s funding round comes at a time when major investors such as Sequoia and SoftBank have expressed concerns about profitability and could make lower investments.

Sequoia is one of the most active investors in India and has backed top unicorns such as Byju’s, Oyo, Ola, Zomato, Meesho, Car24, Unacademy, BlackBuck, Pine Labs, Freshworks, and Razorpay.

Sequoia Capital has told the founders and CEOs of its companies that the era of rewarding hypergrowth at all costs is rapidly coming to an end, with investors focusing more on companies that can demonstrate current profitability.

Falling valuations, slowing funding cycles and loss of investor confidence have prompted many Indian start-ups to lay off employees in a bid to conserve cash. SoftBank-backed Unacademy could face a funding drought for at least the next 12-18 months and even up to 24 months and will cut costs to get through the lean season, the unicorn’s chief executive says. educational technologies which recently laid off more than 600 employees.

The Mobile Premier League (MPL), a sports fantasy unicorn backed by Sequoia, has reportedly laid off 10% of its team, or 100 employees, and decided to pull out of Indonesia.

Cars24, a leading e-commerce platform for used vehicles, has laid off more than 600 employees. Another edtech unicorn, Vedantu, laid off 424 employees, or around 7% of the company’s workforce. The layoff came days after the company laid off 200 of its contract and full-time employees.

Main Street: This high-quality 6.9% yield is on sale (NYSE: MAIN)