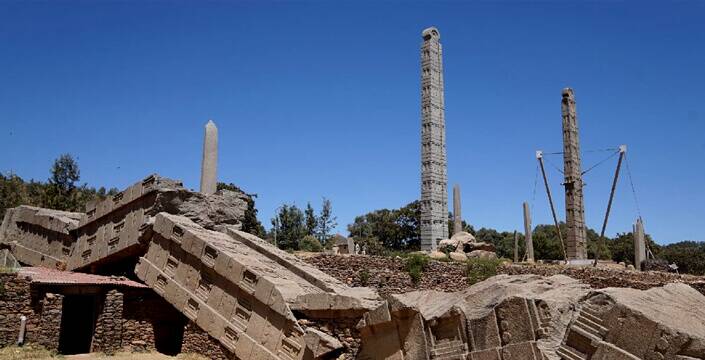 Tourism ministry officials are preparing to rebuild tourist destinations in the war-torn Tigray region. They await the finalization of the peace agreement between the Tigray People’s Liberation Front (TPLF) and the federal government.

The ministry will carry out damage assessments to restore tourist attraction sites in the Tigray region, a ministry official said. Reports indicate that tourist sites in Tigray have suffered damage. This includes the Al-Nejeshi Mosque, one of the oldest mosques in Africa, which is being touted as a potential UNESCO World Heritage Site.

“We will make an inventory of heritage and attraction sites as we expect the influx of tourists to increase once the war is over,” said Sileshi Girma, state minister for tourism.

Sileshi says the ministry plans to support investors who engage in the tourism sector in the region, pledging to facilitate loans to businesses to enable them to resume operations.

Currently, the ministry has set up a study group to identify conflict-affected tourist destinations in the Afar and Amhara regions. Two months ago, the National Bank of Ethiopia was commissioned to provide credit facilities for the rehabilitation of hotels in the Amhara and Afar regions.

According to Sileshi, the ministry will make a new budget request for reconstruction efforts in Tigray, in addition to a plan for using its 400 million birr allocated for the development of tourist sites across the country.

“Our partners would be encouraged now to move in because I had the estimate yesterday from our finance minister that it would take around $20 billion to recoup the full loss,” Redwan said in a briefing. to diplomats residing in Addis Ababa on 05 November. , 2022.