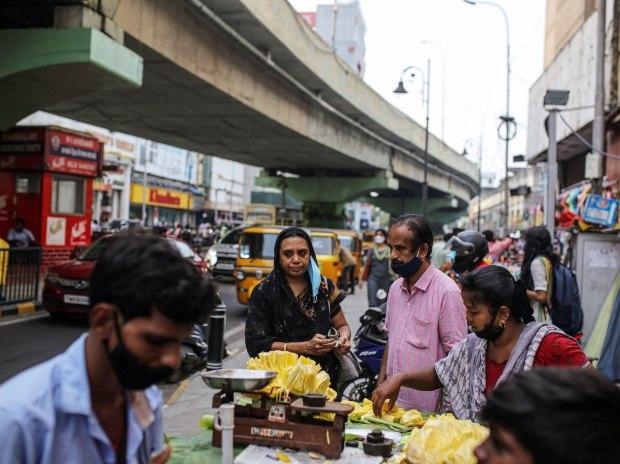 Risk-averse Indian lenders are emerging as one of the biggest obstacles to the speed of the country’s recovery from the pandemic-induced downturn, as they withhold credit when the economy needs it most.

Loans to businesses and individuals have grown at a moderate pace of 5.5% to 6% in recent months, half the pace seen before the pandemic, according to data from the Reserve Bank of India. The State Bank of India, the country’s largest lender, wants to almost double its credit growth rate to 10% in the year that started April 1, but is poised to miss the target.

“It is a very fragile situation,” said Dinesh Khara, chairman of the SBI, after releasing the results of the exercise ended in March. The bank would not “compromise” on asset quality to meet its targets, he said.

Khara’s comments highlight the biggest obstacle to both credit underwriting and economic growth, set at 9.5% this year, already reduced from previous central bank forecast of 10.5% and more to an unprecedented contraction last year. Banks’ risk aversion – or fear of bad loans in a tough economic environment – could further slow the economic recovery, analysts, including those at the RBI, say.

“Credit is a necessary and possibly the most important ingredient of economic growth,” according to SS Mundra, former deputy governor of the RBI, who estimated that the multiplier effect of credit on nominal gross domestic product growth is 1 ,6 times.

It doesn’t help India’s case that it is already home to one of the biggest piles of bad loans among major economies. And add to that a crisis in shadow banking, which has resulted in the rescue of two lenders and the bankruptcy of two more in the past two years.

While banks procrastinate on loans on the one hand, companies are pushing back their investment plans in the face of lack of demand on the other.

Business willingness for new investment is low, according to the Center for Monitoring Indian Economy Pvt., With capital spending on the decline. While companies recorded windfall profits mainly from widespread cost reductions, most used the additional funds generated to repay bank loans. According to a SBI study, where economists analyzed the top 15 sectors and a thousand listed companies, more than 1.7 trillion rupees ($ 22.8 billion) in debt was reduced last year. Refineries, steel, fertilizers, mining and mineral products as well as textile companies alone have reduced their debt by more than 1.5 trillion rupees, the trend continuing this year, the economist wrote recently in head of the bank, Soumya Kanti Ghosh.

“Any significant recovery beyond 10% growth in credit demand will require a substantial turnaround in the private investment cycle, which still seems far away as companies focus on deleveraging,” said Teresa John, economist at Nirmal Bang Equities Pvt. in Bombay. It predicts 7% GDP growth this year, which is in the lower end of a Bloomberg survey with a consensus of 9.2%.

“A further slump in credit growth means the RBI should allow a bit more time for credit recovery before it begins to unwind its stimulus.”

Consumers are also fixing their finances, which does not bode well for the aggregate demand for goods and services as well as for personal loans, and therefore for economic growth. The current recovery is likely to be less abrupt than the rebound that occurred in late 2020 and early 2021, analysts at S&P Global Ratings say.

“Households are depleting their savings,” S&P analysts wrote. “A desire to replenish their cash flow may delay spending even as the economy reopens.”

And while Covid-19 relief measures may provide some respite for banks, the need to raise capital will remain high once stress from the virus begins to show up on their balance sheets.

“Challenges for Indian banks posed by the coronavirus pandemic have increased due to a virulent second wave,” said Saswata Guha and Prakash Pandey of Fitch Ratings this week, as they cut India’s growth forecast from 280 basis points to 10%. This underscores “our belief that the renewed restrictions have slowed recovery efforts and left banks with a moderately worse outlook for business and revenue generation.”

–With help from Suvashree Ghosh.

The lowest interest rates on home loans under Rs 30 lakh: here’s what 15 banks…