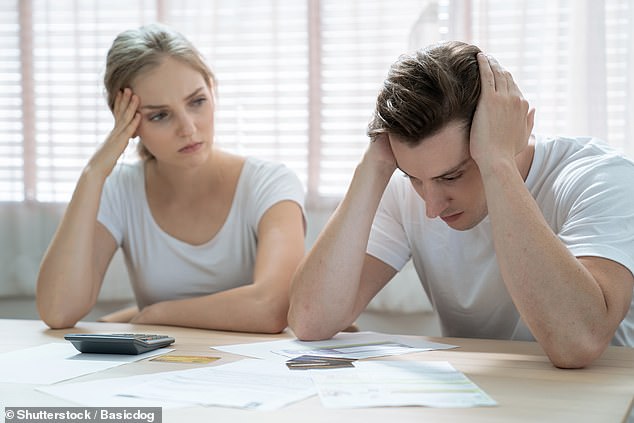 Hundreds of Australians have revealed their biggest regrets when it comes to money as inflation soars and interest rates rise by a record 0.5%.

From taking out personal loans with an ex-partner to backing low-yielding investments and being too scared to ask for a raise, the men and women detailed exactly where they went wrong with their finances.

By posting on the My Millennial Money Facebook page, everyone took the opportunity to detail their mistakes and give advice on how to avoid them.

A woman has revealed she got cold feet and gave up on buying a Gold Coast flat in 2021 despite having the security deposit and a steady income.

Another man regretted buying a motorbike instead of a plot of land in his late teens – noting the two were ‘the same price’.

While others were more unhappy with the investments they had made, including a man who racked up $80,000 in HECS debt to become a teacher.

“I went to a private college that had astronomical fees that you didn’t really think about at the time,” he said.

“The teaching employment system is so messy that it took seven years of my career before I got a full-time job. It’s my 12th year as a teacher and I still have contracts with no prospect of permanent employment in sight. 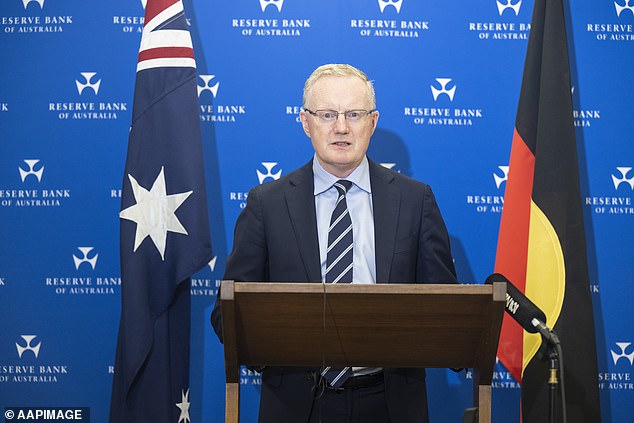 Why do interest rates need to rise?

The most basic principle of economics is supply and demand.

When supply exceeds demand, prices fall, but when demand is high and supply is scarce, the cost of products increases.

This is why something rare and in demand like gold is expensive, while something plentiful like potatoes is relatively cheap.

This rule also applies to the money itself.

The Australian government’s huge stimulus during Covid totaling more than a third of a trillion dollars – in an era of record interest rates – has meant there’s more money competing for the same amount of goods and services.

The additional supply of liquidity is what is now driving prices higher (along with a range of other global factors, including the war in Ukraine and the supply chain chaos in the wake of the pandemic).

But by raising the cash rate and making money harder to borrow, it should limit the money supply and help lower prices.

Cold comfort for those who are forced to shell out more for their mortgage.

And others agreed that their HECS was “out of control.”

‘I feel that. So hard to see this amount waiting behind the scenes,” one woman said.

Others revealed their regret for not asking for a better salary.

“Letting someone pay me minimum wage for two years with no increase working over 100 hours a week capping at 40 hours because I needed the experience so badly, thinking that was the best way to go somewhere in my life,” a man complained.

“I was too scared that my boss would say no to me and hate me if I asked for more money, so I struggled for years,” one woman said.

Some regret “not asking for a discount” on expensive purchases.

“Dentistry doesn’t compare quotes and ‘required’ work and usually when I was younger I was too shy to ask for a discount or if she could give a discount,” one woman wrote on the post.

While others were shocked, asking for a discount at the dentist was possible.

“If so, I did it wrong all the time too,” said one woman.

Others regretted tying up their money in dead-end relationships.

“I loaned my ex $20,000 from my inheritance and will never see him again, but I was young and naive,” one woman says.

While others had to “repay joint loans” when the relationship did not work out.

“He was earning a lot and had bad credit. Promised to pay it in three instalments. He was then unfaithful and when we broke up he left me the loan to pay. I couldn’t afford it and paid double and a half with high interest,” said one woman. 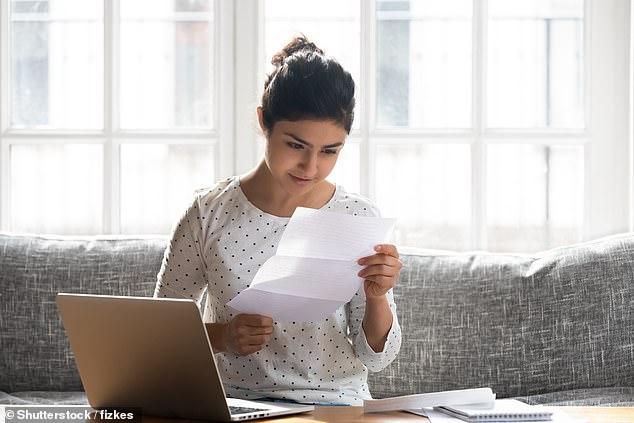 ‘Was there! Bought a car in my name, then stopped making payments and refused to sell the car! I had to take the car and sell it,” another added.

And some said they would have thought twice about getting a pet if they had known how expensive it could be.

“I had a dog, 12 months and $7,000 in vet bills later and all I can say is thank goodness for the pet insurance,” one person said.

Others have complained of wasting time looking for properties or postponing renovations that are “no longer affordable” with rising interest rates.

While dozens admitted they “didn’t take saving for a home seriously” until they were in their 25s or 30s.

It is the second time the Reserve Bank has raised the cash rate in 11 years – the first was in May when it topped the recor a low rate of 0.1% to curb the spiral of inflation.

How much extra would you be able to pay by Christmas?

The data is based on the Reserve Bank of Australia raising the cash rate to 1.75% by the end of 2022, in line with expectations.

Data based on the Reserve Bank of Australia raising the cash rate to 2.50% by the end of 2023, in line with expectations.

The big four financial institutions, including Commonwealth Bank, ANZ, Westpac and NAB, all raised interest rates in line with the RBA last month and are expected to do the same in a decision that will make matters worse the average homeowner by $2,000 per year. .

Further rapid increases in the rate of shooting are expected to follow every month at least until the end of the year, as Treasurer Jim Chalmers has admitted the cost of living crisis will get “tougher” for every Australian.

Economists had widely predicted the cash rate would rise 0.25 or 0.40%, with the shock move indicating inflation could be even worse than expected.

LIC balance sheet: should the small investor keep his shares?