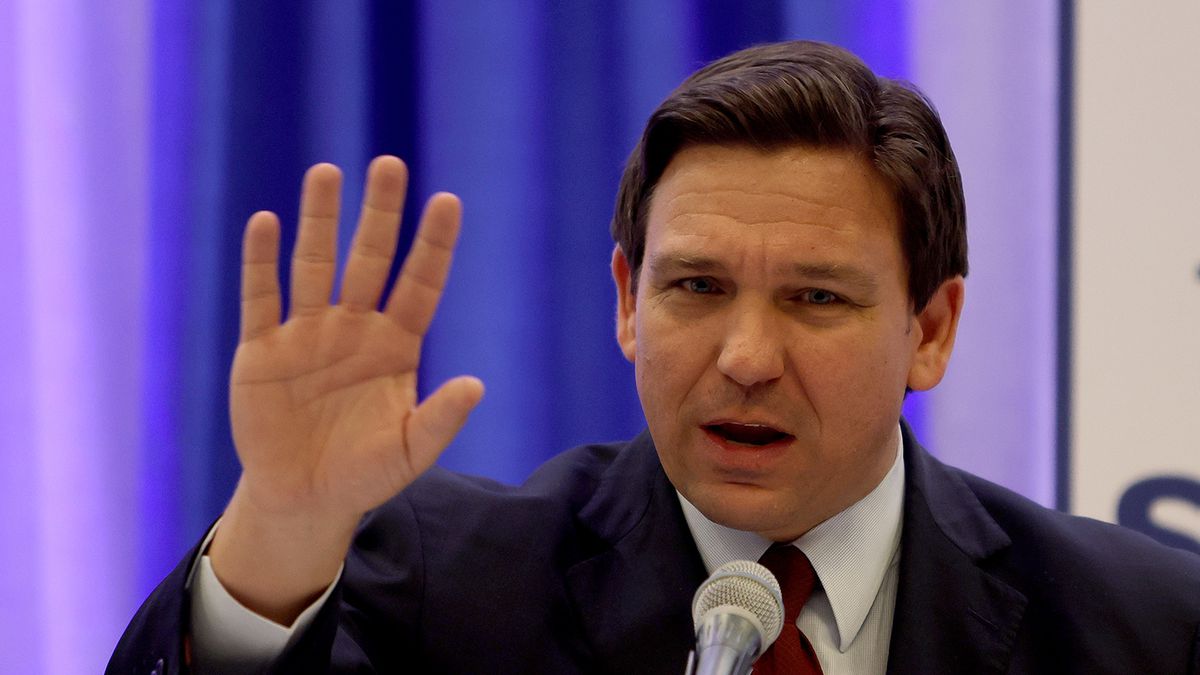 TALLAHASSEE — Gov. Ron DeSantis’ net worth has fallen just over 8.5% in his third year as state chief executive.

Listing the $134,181 he earned as governor as his only income, DeSantis reported a net worth of $318,987 as of December 31. DeSantis filed the financial disclosure last week with the state Division of Elections as part of the re-election campaign materials.

Related: Governor Ron DeSantis posts increase in his net worth

State candidates and elected officials are required to file annual disclosure reports that typically detail their finances as of the end of the previous year.

The forms require disclosure of estimated net worth, assets valued over $1,000, liabilities over $1,000, and income information.

The Florida Retirement System account increased by $17,923 from the previous year, while the USAA total fell by $32,020 and the savings plan decreased by $16,689.

DeSantis, who lives in the governor’s mansion and hasn’t listed any real estate, sold his Ponte Vedra Beach home in March 2019 for $460,000, according to St. Johns County property records.

Charlie Crist net worth of $2 million

Democratic gubernatorial candidate Charlie Crist, a congressman from St. Petersburg, posted a net worth of $1.956 million as of December 31.

When Crist last ran for a statewide position in 2014, his net worth stood at $1.25 million.

In a disclosure report filed Monday, Crist listed just over $2 million in investments and cash in bank accounts, as well as a 25-foot Trophy Fisherman Center Console boat with a value of $45,000.

Agriculture Commissioner Nikki Fried, who is competing with Crist for the Democratic gubernatorial nomination, had not filed a new disclosure report early Tuesday afternoon.

Reports from Republican State Chief Financial Officer Jimmy Patronis and Republican Attorney General Ashley Moody, both up for re-election, had also not been posted on the Division of Elections website.

You are all registered!

Want more of our free weekly newsletters in your inbox? Let’s start.

Explore all your options

Senate Speaker Wilton Simpson, a Republican from Trilby running for agriculture commissioner, filed a statement showing a net worth of $22.5 million as of December 31, down nearly 28.6% compared to the previous year.

Simpson has seen his net worth plummet more than 32% since becoming Senate President in 2020.

In the new report, Simpson listed assets including Simpson Farms in Trilby worth $10.934 million. He also listed a third-party stake in the limited company Belly Wadding as being valued at $592,179. Belly Wadding’s main source of income is listed as NOSNAWS Corp., which owns IHOP restaurants in Florida.

In addition to the $39,021 in state revenue, Simpson said he withdrew $1.65 million from Simpson Farms. $1.25 million from environmental security firm SES Hold Co. and $22,058 from Belly Wadding.