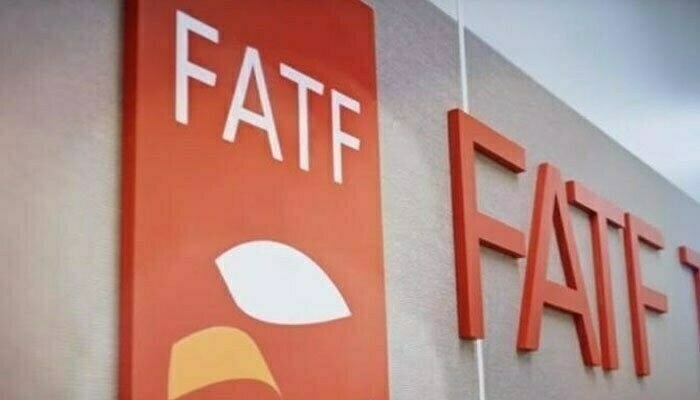 For Pakistan, the outcome of the Financial Action Task Force (FATF) meeting, held in Berlin on June 17, 2022, was no different from previous ones – it continues to be among the jurisdictions under scrutiny increased [commonly known as grey list].

The action of putting Pakistan on the gray list means that the strategic gaps in our legal framework for combating money laundering, combating the financing of terrorism and the financing of proliferation have yet to be corrected.

Pakistan was placed on the gray list in 2018, and since then the FATF and the Asia-Pacific Group (AGP) continue to monitor our progress in addressing strategic gaps and liaise closely with us to help quickly complete the action plan to meet the stipulated deadlines.

At the June 2022 meeting, the watchdog, while reviewing Pakistan’s progress on its action plans, acknowledged that it had significantly addressed the technical side of its two action plans, covering 34 action points.

The FATF further indicated a plan for an on-site visit to verify the effective implementation of the Anti-Money Laundering (AML) and Countering the Financing of Terrorism (CFT) reforms. The purpose of this exercise is to ensure the sustainability of our actions against AML/CFT, as well as the need for political commitment for the execution of these and the possibility of improvements in the future.

All designated authorities, institutions and regulators should work cohesively to identify, assess and manage money laundering (ML) and terrorist financing (TF) risks for the different sectors operating in the economy, on the basis of which they may adopt AML/CFT measures proportionate to the corresponding risks.

The first step is to promote and ensure the documentation of the economy, as this is fundamental for any transparent, stable and progressive economic system, reducing vulnerabilities to the risk of money laundering and terrorist financing.

Unfortunately, Pakistan has a poor track record in ensuring and enforcing convictions related to AML/CFT. This indicates the poor level of the legal framework and prosecutions. To be on par with global best practice, we must work tirelessly and professionally to train our investigative and prosecutorial teams and build their capacity and institutional capacity – see all the necessary details and the full roadmap in our joint book, Pakistan Tackling FATF: Challenges and Solutions.

Given that the FATF team is expected to visit Pakistan soon, before the next review in October 2022, to verify the level of effectiveness of our compliance with their action plan, we must bear in mind that 82% of FATF member countries achieved substantial ratings. . However, the most difficult task facing majority jurisdictions is to apply a risk-based approach based on their risk profile.

The “State of Effectiveness and Compliance with FATF Standards” report indicates that 81% of FATF Style Regional Bodies (FSRBs) received a low or moderate rating for the effectiveness of Immediate Outcome 1 which relates to risk, policy and coordination. . However, 19% scored substantially or better while only 3% scored high.

As Pakistan falls into the category of 81% of countries with low or moderate ratings, therefore, we need to strengthen our risk mitigation policies to address the gaps identified in the risk assessment.

However, this ratio dropped to 60% when it comes to the assessment of FSRB skills. Since Pakistan is a member of the APG, known as the FSRB, rated as moderate on this immediate outcome, it falls into the 60% category. During the FATF team’s next on-site visit, Pakistan will be assessed on formal and informal cooperation. However, according to the report, these countries obtained 59% positive opinions on the level of informal cooperation.

Pakistan should focus on expanding the overall level of international cooperation with strategically valuable countries and should establish overseas liaison offices to facilitate exchanges and joint investigations on money laundering and financing issues of terrorism.

The result of the 4th round of mutual evaluations shows that while countries are making progress in respecting the technical aspect of compliance, but in terms of their effectiveness, only 10% of them have implemented the monitoring measures linked to immediate outcome 3.

90% of countries comply with recommendation 27 for the allocation of adequate powers to supervisors who are fully or largely compliant. The report highlights that the majority of jurisdictions are compliant or largely compliant when it comes to overseeing the technical side of compliance.

However, this contrasts with the efficiency rating, as the majority of countries are rated as moderate. Unfortunately, so far, Pakistan’s rating on this immediate outcome is not moderate but rather low. Therefore, Pakistan should improve its regulatory framework to effectively monitor the non-financial sector as well.

We have repeatedly pointed out in these columns that Pakistan’s current regulatory framework falls short of international standards and creates conflicts of interest on many levels, which requires a strong foundation to convince the FATF team of the effectiveness of our current AML-CFT regime vis-à-vis the following:

• Presence of politically exposed persons, named in corruption cases, within the national committee for monitoring the AML/CFT regulatory framework;

• Lack of independence of the financial control unit; and

The report highlights that the level of effectiveness of Immediate Outcome 6, relating to financial intelligence for the jurisdiction of FATF and ORTG members, shows a lack of effective prosecutions, convictions and forfeitures that is particularly acute among ORTG members. . However, with respect to immediate outcome 7 which relates to money laundering investigations and prosecutions, the report suggests that only 1% of all ORTGs reviewed effectively prosecute and convict money laundering offences.

Apart from the first 10 immediate outcomes, the rating given to immediate 11 which relates to the proliferation of financial sanctions is largely unsatisfactory. The report shows that 52% of FATF members and 82% of ORTG members received a low or moderate rating. However, only 34% of the 59 assessed jurisdictions promptly transposed UN Security Council designations.

The overall assessment shows that even though countries with a higher ranking in technical compliance are poorly rated for their effectiveness, Pakistan needs to review its current regulatory framework and address anomalies in laws and regulations. In addition, Pakistan should strengthen its law enforcement agencies so that they can deal with potential threats of money laundering and terrorist financing.