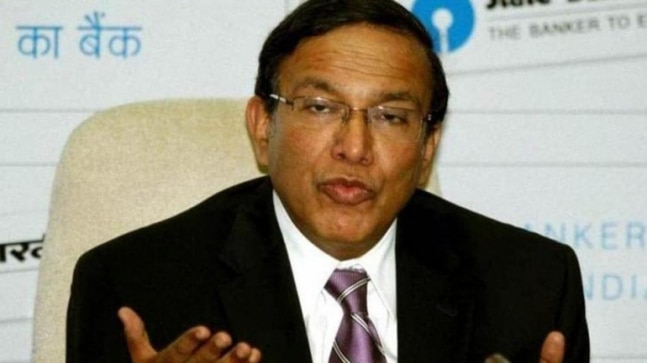 Chaudhuri, 68, was arrested on Sunday by Rajasthan police from his home in Delhi after a complaint was filed against him over the alleged sale of a non-performing asset (NPA) to an asset reconstruction company (ARC) at low value.

Following his arrest, he was taken to Jaisalmer, where he remains in judicial detention because his request for release on bail was rejected by the local magistrate.

The sudden arrest of the former prominent banker without any summons or formal notification in a ten-year-old NPA loan sale case left the banking industry in awe, rekindling fears of criminal involvement in the case. situations where loans to businesses or individuals turn sour. .

THE CASE AND THE PARTIES INVOLVED

The case in which Pratip Chaudhuri was arrested is linked to a hotel project in Jaisalmer, Garh Rajwada, funded by SBI. He was arrested on the basis of a protest request filed by former managers of the Hotel Gaudavan, the group in charge of the hotel project.

Official documents indicate that the Gaudavan Hotel (the promoter group) was established on October 6, 1986 and its address is registered as Fort Rajwada in Jaisalmer. It can be noted that Fort Rajwada is a luxury hotel.

The group had taken out a loan worth Rs 24 crore from SBI in 2008 for the construction of Garh Rajwada, but the project remained unfinished and a key developer died in April 2010. The loan then became an NPA.

After numerous unsuccessful attempts to recover the proceeds or relaunch the incomplete project, SBI awarded the NPA to Alchemist Asset Reconstruction Company (AARC) Limited in March 2014. The asset was subsequently acquired by an NBFC in 2017.

An important point to note here is that Pratip Chaudhuri retired as Chairman of the SBI after a 2 year term on September 30, 2013. In October 2014 he joined the board of Alchemist ARC.

It should be mentioned that the borrower (managers of the Gaudavan hotel) had filed an FIR with the state police against the alleged sale of the NPA to the ARC. He had also filed a protest request in the court of the Chief Judicial Magistrate (CJM) without making the SBI a party to the case. The promoter group, however, named all of Alchemist ARC’s directors in the case, including Pratip Chaudhuri.

The sudden police action drew sharp criticism from veterans of the banking industry.

WHAT THE POLICE HAS SAID SO far?

It is still unclear whether Pratip Chaudhuri was arrested for his role as chair of the SBI for financing the loan to the promoter group or because he joined the board member of Alchemist ARC who took over the NPA.

The main allegation against Chaudhuri is that SBI had “sold” a property of a much higher value for a pittance, around 25 crore rupees, after having foreclosed on it in connection with the default.

So far, it has been confirmed that a police team under the leadership of Jaisalmer (SP) Police Commissioner Ajay Singh has arrested Chaudhuri from his residence in the nation’s capital.

He was charged under section 420 (deception and dishonest inducement to deliver goods), 409 (criminal breach of trust by an official, or by a banker, merchant or agent) and 120B (criminal conspiracy) in the case filed at Sadar Jaisalmer Police Station.

Additional SP Narendra Choudhury told the Indian Express that following the default of the developer group, the “highest levels of SBI” decided to sell the five-star property valued at around 200 Rs crores for just Rs 25 crores.

â€œSo this particular group (Alchemist ARC) made a profit of Rs 175 crore,â€ he told the publication. He admitted that the procedure had been followed but added that the intention was “in bad faith”.

SBI’S OFFERS ITS STORY OF HISTORY

The State Bank of India (SBI) has issued a strong statement after the arrest of Pratip Chaudhuri. The bank issued a clarification on Monday, saying the assets seized in connection with the default had been sold in accordance with due process in March 2014.

â€œAll proper procedures were followed when selling said sale to ARC,â€ SBI said. The bank also mentioned that the sale of the NPA was finalized after Chaudhuri’s retirement in September 2013.

The country’s largest public lender added that various measures had been taken by the bank for the completion of the project as well as the collection of the bank’s contributions before the decision was finally made to allocate the NPA to the ARC. .

“Therefore, as part of the collection efforts, contributions were assigned to an ARC in March 2014,” the bank said in the statement. He added that the sale to the CRA was done through a â€œfixed processâ€ in accordance with SBI policy.

“We further understand that the borrower was subjected to the IBC (Insolvency and Bankruptcy Code) process by said ARC and that the asset was acquired by an NBFC (non-bank financial corporation) in December 2017, again as part of the ‘due process under the orders of NCLT (National Company Law Tribunal), Delhi,’ the SBI said.

The bank also mentioned in its statement that the FIR filed by the borrower with the state police did not mention it despite the case regarding his loan account. â€œIt now appears that the borrower initially filed an FIR with state police against the sale of assets to the CRA. It appears from the copies of the proceedings to which we now have access that the court does not appear to have been properly informed of the sequence of events. As SBI was not a party to this case, there was no reason for SBI’s views to be heard in the process, â€SBI said.

The bank reaffirmed that it followed due process and offered to cooperate with law enforcement and judicial authorities, and would provide additional information if necessary.

The ARC alchemist also released a statement following the arrest of Pratip Chaudhuri. He criticized the Gaudavan Hotel for repeatedly using legal mechanisms to “evade the law”.

The CRA accused the group of “working to harass and defame the AARC board of directors.” The ARC also called the arrest of Pratip Chaudhuri “bizarre”.

He went on to say that the Supreme Court had previously overturned an FIR registered by the borrower in Jaipur and upheld the IBC process followed by the AARC for the resolution of the Gaudavan hotel assets.

The AARC added that SBI had only ceded the loans and no sale of property was involved. “Hotel Gaudavan Private Limited’s allegations are an act of their notorious nature,” he added.

The episode baffled some of the country’s major bankers who spoke out against the sudden arrest of Pratip Chaudhuri.

â€œFrankly, without notice and without a summons, how can the police in another state arrest someone in Delhi, where is the legal process? He asked.

“Absolutely pathetic, is the system played by defaulters again despite all the efforts of the Modi government, it is time to revise the judicial processes to improve transparency and introduce accountability,” Srivastava added.

Former SBI Chairman Rajnish Kumar also expressed his displeasure at the sudden arrest of Pratip Chaudhuri, calling it extremely unhappy and “an abuse of power”.

“Such arrests are a serious matter and the association will raise the issue with the Ministry of Financial Services and the government of Rajasthan,” he said. “The IBA board will also seek redress,” he told the publication.

Shankar said the move could â€œseriously undermine the resolve of the banking fraternity members to move forward with the loan collection process in the event of default.

The fact that the arrest took place on a day when the Ministry of Finance issued detailed guidelines for public banks for the adoption of a uniform staff accountability framework for NPA accounts up to Rs 50 crore was a bigger shock to the bankers.

Indeed, the framework was designed to protect bankers in the event that good faith business decisions go wrong and lead to NPAs.