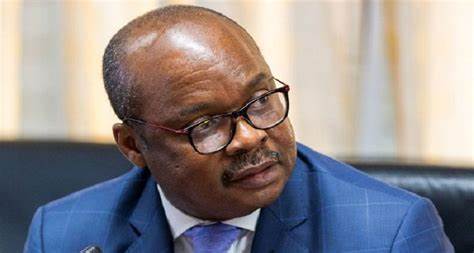 An inventory report of the defunct Capital Bank’s assets and liabilities revealed that shareholder loans accounted for 65% of the bank’s loans and advances.

The report by receivers, Vish Ashiagbor and Eric Nana Nipah of pwc, said the shareholder loan was ¢749 million and had been in default for more than three years.

He also disclosed that the defunct bank had loans and advances of around 1.2 billion yen, representing 44% of the bank’s total assets as of August 14, 2017.

“Capital Bank’s revised asset position as of 14and August 2017 was around ¢1.2 billion. We continue to review the bank’s records to verify its exact asset position.

“Capital Bank’s total assets were approximately ¢2.6 billion as of 14and August 2017. However, based on our initial assessment and asset quality review, we have adjusted Capital Bank’s asset value to approx. ¢1.2 billion. This value includes the balances of assets purchased by GCB pursuant to the purchase and acquisition agreement,” the report states.

The report also said cash on the first day after liquidation was around 2.4 million yen, lower than the 19.5 million yen shown in the management account and general ledger.

“From the first day, we carried out a physical count of the cash kept in the safes of the head office and the network of branches of the bank (25 branches). This was done in collaboration with representatives of the GCB and the Bank of Ghana (BoG). The total cash accounted for was the cedi equivalent of ¢17.1 million. The cash was approximately ¢2.4 million, less than the ¢19.5 million shown in the management account and general ledger.

Afterwards, he said that GCB had assumed all the money from Capital Bank in accordance with the purchase and assumption agreement, adding that “the money was handed over on 14andAugust 2017 following the signature of the tally sheets by the representatives of the GCB and the BoG”.

Again, the escrow report revealed that a review of documents available at Capital Bank and nostro account statements indicated that the total balance of Capital Bank’s accounts with correspondent banks was approximately 10.7 million of yen.

This was due to a deposit of almost ¢210.1 million with BHF Bank, Frankfurt, which had been wrongly duplicated.

However, according to the bank’s management records at the date of revocation, Capital Bank maintained 30 foreign currency accounts (Nostro accounts) with various correspondent banks. The cedi equivalent of the balances in these accounts was approximately ¢220.8 million as of 14and August 2017.

These included a 100% investment in Capital Bank Investment Services Limited worth approximately ¢300,000 and Capital Bank shares in Ecobank Transnational Incorporation worth 2,500¢ as of August 14, 2017.

“These values ​​are at cost and current values ​​are likely to be significantly higher than what is reflected on the bank’s books. We will verify current stock values ​​and realize them appropriately,” the report explains.

The Receivers stated that the document was prepared for the Bank of Ghana pursuant to the joint receivers’ reporting responsibility to the Bank of Ghana under Sections 130(1), 130(4) and 126(3) of Banks and specialized deposit institutions. Act, 2016 (Act 930), requiring the receiver to prepare and deliver a report on the inventory of the assets and liabilities of the resolved institution.