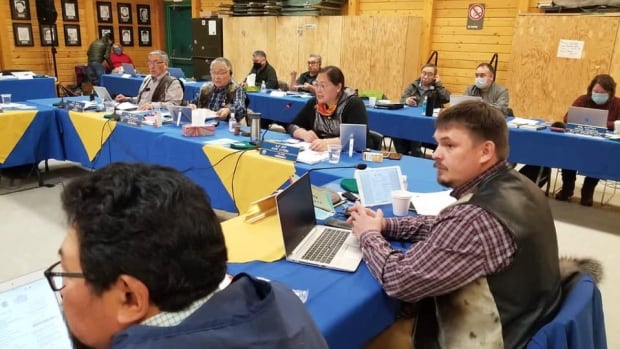 The Grays Bay Road and Port project in Nunavut is now back after being bogged down for nearly two years by COVID-19 and financial constraints from soaring construction costs.

The Kitikmeot Inuit Association (KIA), which is leading the project, plans to take out a 10-year, $ 7.25 million loan from Nunavut Tunngavik Inc. (NTI), the territory’s Inuit organization.

“We are ready to move forward,” said Stanley Anablak, president of KIA, a regional Inuit association that represents the Inuit of western Nunavut.

The project would see a 227 kilometer all-weather road north of the Jericho mine near the Northwest Territories border at the north end of the Tibbitt-Contwoyto winter road to Grays Bay on the arctic coast. It would also have a deep-water port at Grays Bay in the Coronation Gulf.

The project would bring lower cost of living, cheaper electricity and improved telecommunications to the Kitikmeot region.

The Kitikmeot Association said it has carried out an independent review of the project’s business case to assess its viability before accepting the loan. He then asked delegates at his recent AGM in Cambridge Bay, Nunavut to approve the loan, which was done unanimously. KIA wanted a grant from NTI, which meant they wouldn’t have to pay it back, but were offered to bury the funds instead.

The loan agreement, which covers 25% of what is needed to get it ready to go, is expected to be signed by the end of the month, Anablak said.

The association has received a financial commitment from the federal government to cover the remaining 75 percent of necessary pre-construction costs up to $ 21.6 million.

Together, the federal grant and the NTI loan will help prepare the Western Arctic Deepwater Road and Port Project for an environmental assessment by federal and territorial reviewers.

NTI’s loan is expected to be made in two installments, with the first $ 4 million returned to KIA within 30 days of signing the loan agreement.

The second part of the loan would be granted within 10 days of the implementation by the KIA of “certain financial management measures”. The agreement states that the entire loan must be repaid by March 31, 2032.

The first step in this three-year process, said Anablak, will be to hire a project manager.

The project – which KIA took over from Nunavut Resource Corp. in 2020 – was initially valued at $ 550 million in total.

But rising construction costs have since skyrocketed, Anablak said.

â€œCOVID has placed a huge burden on us, so we have delayed the last 19 months on this project,â€ he said. “Once we hire a project manager, that will be one of their jobs, costing.”

After that, the task will be to find investors.

“We have always dreamed of power lines and the Internet. We hope the government will step in and use our access to connect us,” Anablak said.

Link with the NWT

Meanwhile, in the Northwest Territories, the Yellowknives Dene First Nation plans to move forward with their $ 1.1 billion Slave Province Geological Corridor project, which would connect to the road. Gray’s Bay.

The Slave Geological Province Corridor would see a 413 kilometer all-season highway constructed northeast of Yellowknife to the western border of Nunavut.

In August 2019, the federal government announced it would invest $ 30 million, and the Government of the Northwest Territories will contribute an additional $ 10 million to support environmental regulatory reviews and planning studies for this project.

Could Moderna justify its valuation of $ 129 billion?